Is Intelligent Automation Redesigning The Workplace Of The Future?

An intelligent automation platform is just an automation platform, right? Well, that’s not quite the situation today.  The fact is that mapping is quickly being done within the RPA industry between two types of automation. Based on this, companies can deploy and simultaneously create an unified and integrated RPA platform. Marketplaces are becoming more connected with increased complexities; thus automation platforms are able to cut through these complications and take up a more nuanced approach.

RPA solutions are beginning to mainstream in the Indian back office support industry. We are at the cusp of a fundamental shift in how a modern workplace operates. Technologies like artificial intelligence, machine learning, robotics, and data analytics are taking over a lot of the human work.

"There is a definitive shift to RPA for consumers and business applications and is expected to grow to an $8.7 billion market by 2024."
Grand View Research

A quest for scale, speed and cost saving:

The challenge for businesses now is how to profitably deliver their services to the customers while dealing with rising expectations and dynamically shifting technology landscapes. The suffusion of AI over related IT tech into the 25 year-old BPO industry is bringing to the forefront opportunities for back-office businesses. In the past, managers used to use algorithms for only high volumes and repetitive tasks. The initial phase was predominantly about pushing the non-core work to cheaper end points over high speed communication channels. Now, intelligent automation technology can eliminate process time by 50 percent with at least 5% of all occupations.

For example, a leading managed services provider that catered to a big industrial enterprise was facing a huge challenge. Agents were handling over 15000 calls a month and spent an average of 6 minutes on user administration tasks by toggling between systems to get access to information. Using an automated solution, tasks were completed in less than 50 seconds, which resulted in an 83% reduction in execution time. Deployed in a span of two weeks, it led to an estimated annual cost saving of over €1 million.

Similarly, a top-tier financial services organization - managing the savings and investments of 400,000+ customers – deployed an automation solution that resulted in a projected annual saving of £1.5 million.

The economic fruits of intelligent automation will extend far beyond savings in human labour. It will free up the employee to focus on and get reskilled on work of higher value. More than scale, speed or cost saving, there is no replacement for the value of expertise lent by human intervention. 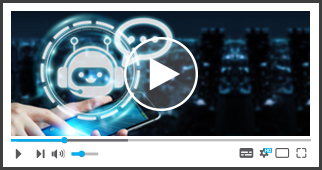 Attended automation is carried out at the workstation level. Also, termed as desktop automation, assisted automation or software assistants, it involves a software robot that performs definite actions while complying with business logic. Humans control the entire process and govern when the transactions should progress. The bot reads the contents of the applications, locates fields that contain the assigned data and performs the tasks as per the rules assigned at the start. It can also verify data and other programmed activities.

The bot can return control to the person at the workstation, i.e. if the last action before closure requires decision-making from a human. This might defer in each industry. For example, in the banking and financial services industry, during inbound calls, tasks are initiated by an agent but then transferred to a bot to furnish the necessary details before it is handed back to the customer care executive.

Attended process automation has a strong role to play in front-end and back-end activities of a contact center, as it lightens the load. It assigns smart desktop robots to mimic human activities and runs as a background application to offer the best insights at the exact moments when they are needed. 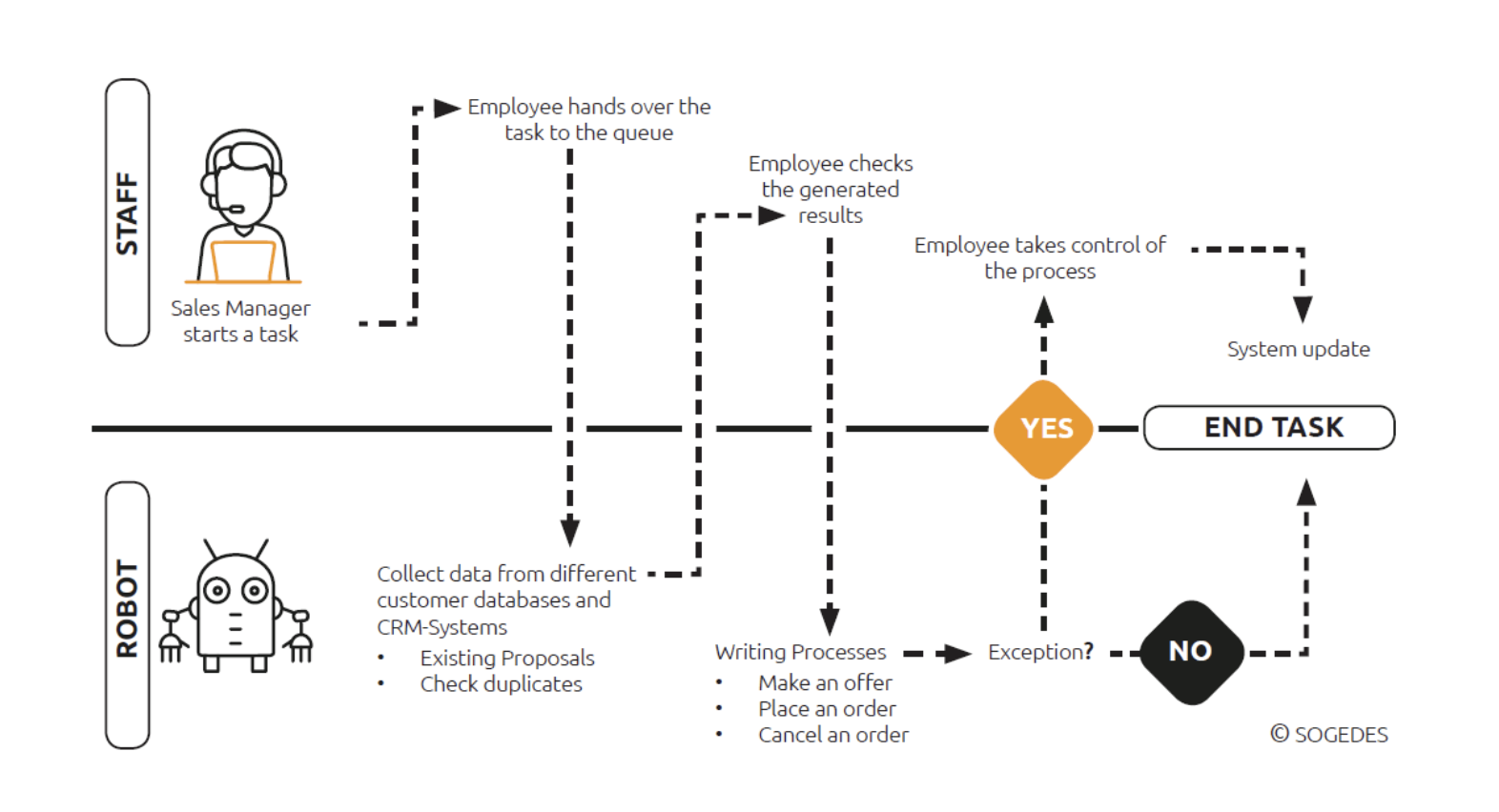 At the helm of the workplace wheel:

Leadership underpins whether the new-gen model of operating the workplace becomes a reality or remains just an aspiration. How to go about scaling a digital workplace model across the entire businesses? Or setting up teams in a digital world? Their roles must deal with forging alignments at all levels of the organization, championing disruptive models that embody agility and speed, and anchoring transformation through effective, albeit bold decisions.

Leading ecommerce giants like Amazon and Walmart have been leading the charge towards automation. With intelligent automation applied across their warehouses, for the retrieving and packaging process, they have roughly saved about $22 million at each center. IKEA one of the leading furniture retailers, that specializes in ready-to-assemble furniture has been expanding the use of automation in all their offices. With an automatic delivery scheduling system, it has successfully reduced handle time by over 66% and has a 100% SLA goal by delivering a high quality of work with error-free execution.

"By 2020, 86% of companies say they will hit ‘breaking point’ & will need intelligent automation to keep up"
ServiceNow

The future of creativity in every workplace

Capabilities such as sensing emotions and creativity are core to human beings, and their experiences. These are difficult to automate. Ironically, the amount of time employees spend on activities that require these capabilities are low. For example, just 4 percent of the work activities across the US economy require creativity at a median human level of performance.

Even though this remains a standalone robot, all intelligent automation is “attended” at some point or another. Since it needs the supervision of people to ensure the operation is successful or if it doesn't resume the process from the point where the problem occurred.

Be it attended or unattended, all process automation involves human interaction. The bigger challenge is to decide what to automate. Be it a bank, hospital or a mobile services company, as customers consume newer channels of engagement, the question of whether the technology should be a long-term investment is most pertinent. With attended process automation, it can uncover opportunities to optimize the processes in real-time – moving higher end decision to the humans and leaving the mundane to the robots.

As attended RPA assists a human at the workstation and saves valuable employee time, wouldn’t we all want our own robot helper all the time?

Renil handles digital marketing, events and marketing campaigns at Servion. He is a trained mixed martial artist, a movie buff and a fitness enthusiast