Stuck in traffic? Move forward with Google Maps that uses anonymized location data from smartphones to analyze speed of traffic movement at any given time. Want a product recommendation? Check out Amazon that uses artificial neural networks to generate product recommendations. Self-driving cars, autopilot, mobile check deposit, smart personal assistants like Alexa, Siri, Cortana, Netflix are no longer unimaginable. One of the biggest advancements is the advent of Artificial Intelligence (AI) and Machine Learning (ML).

The term ‘Artificial Intelligence’ was termed by the American Scientist, John McCarthy, as early as 1955. AI systems, based on deep neural networks, analyze huge amounts of data, identify, classify input patterns, predict and operate unsupervised. They change behaviors without being explicitly programmed, based on the data collected, usage analysis and other observations. There are two different kinds of AI – General and Special Purpose. 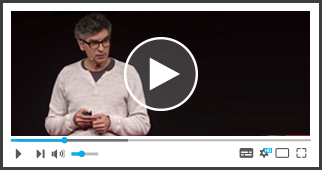 General purpose AI are platforms that support a broad range of solutions which includes natural language, dialogue management and text analytics. This type of AI assumes human-like capabilities and it can stand-alone. This is what is most commonly portrayed in Hollywood movies – Skynet in Terminator or Ultron in Avengers. On the other hand, special-purpose AI effectively solves a dedicated problem and often exploits very specific features of the situation in which the problem is embedded. Examples include image recognition, computer chess and self-driving cars.

Machine Learning on the other hand is a technical discipline that aims to extract certain kinds of patterns from a series of observations. This involves training a machine to learn from a large amount of data that is fed into it using algorithms. It uses mathematical models to extract knowledge from data. With a given set of observations, ML heuristically searches for a best-fit function.

With huge amounts of digital data being generated, and with the realization that computers can be taught how to think – ML, where machines are coded to think like humans, has emerged. Thanks to the advancement of neural networks that has been instrumental in teaching computers to understand the way we do things.

But what is neural network? It is a computer system that works on probabilities, and is designed to classify information just as how a human brain does. The more data the machine has at its disposal, the more accurate the predictions will be. Machine Learning algorithm is capable of learning and acting without programmers specifying every possibility within the data set.

It is to be noted that it is not necessary for an algorithm to understand exactly why it self-corrects, only how it can be more accurate in the future. Once the algorithm has learnt, it can be used in systems that actually appear to possess intelligence.

Usually, personal assistants and other bots that aid with specialized tasks come under AI. This includes search capabilities applications, filtering and shortlisting applications, voice recognition and text-to-speech conversion bundled into an agent. Those that include big data analytics, data mining, and pattern recognition belong to Machine Learning. These systems involve systems that ‘learn’ from data and apply that learning to a specific task.

Artificial Intelligence and Machine Learning are  emerging technologies that are set to revolutionize the business world. They have the ability to reduce labor costs, generate new insights, discover new patterns and create predictive models from raw data yet none can match the breadth of human intelligence.

Sheela is a Content Specialist and manages Analyst Relations and PR at Servion. She is an ardent reader, a self-motivated language expert and an inquisitive learner, with a strong passion for sharing knowledge on diverse subjects.

Get the Servion Blog updates in your inbox!

Thank you for Subscribing to Servion Blog!