Enterprises are struggling with an ever-growing volume of customer interactions. Gartner has forecasted an increase of three and a half times in five years. Customer service organizations are turning to automation and self-service to cope with such an unprecedented growth. These initiatives, enabled by a slew of new technologies, have risen to the top of their agendas.

However, I’m hearing consistent challenges on three fronts. Projects are harder to scale than envisioned. The choice of technology and approach often feels like a maze. Eventually, businesses wrestle striking the right balance of automation and human touch, making sure automation doesn’t get in the way of the customer experience. Today, I’d like to propose a five-element framework for putting together a dynamic automation roadmap.

1. Look at technologies as a toolbox

A wide range of technologies are available:

While some of these are well-known solutions, several nuances and dependencies are less understood. Answer bots use unsupervised learning to pull answers from a knowledge base while conversational assistants, be they chatbots or voicebots, require training on specific intents. The notion of intent isn’t easily grasped. We tend to think of intent in general terms, whereas for conversational AI, intents are pretty narrow. Successful deployments will have hundreds of intents, with each requiring training. Bot platforms offer a simpler -- scripted -- approach, but may require a large number of scripts, and that makes maintenance difficult. Likewise, RPA is easy to deploy, but sometimes rebuilding a process using modern workflow technologies is preferable to stacking layers of automation.

The first thing to do is to look at this array of technologies as a toolbox and understand their specificities rather than picking one and trying to apply it across all use cases. When you’re a hammer, everything looks like a nail! It doesn’t mean that you need them all. You should choose a few based on the discussion that follows and pick the right one based on the job at hand.

The nice thing about these modern technologies is that most of them can be implemented using an Agile approach -- although some of them, such as IVR, might require additional tools to enable rapid iterations. While I advocate for use of an Agile methodology, you might decide otherwise. For example, if your organization is in a highly regulated environment, a more formal approach might be warranted.

The choice of a project methodology is the second item of your automation framework. As part of this choice, you want to decide on three things:

While various technologies shine at different types of interactions, the industry is still exploring how best to define use cases for each. The picture gets complicated because the boundaries between pre- and post-sales interactions are vanishing. Many pre-sales assistance interactions are customer service in nature. Also, with the development of the subscription economy, many service interactions are becoming sales opportunities.

I’ve been leveraging a framework based on three types of interactions: informational, transactional, and grievance. Gartner recently introduced a framework based on the job to be done. Its six resolution jobs include transact, confirm, discuss, workaround, validate, and vent. Whether you use an existing framework or create your own, you need a classification. An interaction taxonomy should be the third component of your framework.

4. Decide where to automate

Self-service is a form of automation through which you push the burden of getting things done to the customer. It can address consumers’ appetite to self-help or explore options by themselves. It can backfire, putting too much effort on the customer. It can also remove your brand from desired interactions. Agent-side automation, whereby automation is used to assist an agent, is the second option. The third, pure automation, consists of automating the process either by stitching together several steps or building a new integrated process.

You should leverage your interaction taxonomy, in combination with the desired outcome, problem resolution, or more open-ended assistance, to identify the best form of automation. Deciding where to automate is the fourth element of your framework.

A few years ago, McKinsey estimated that 30% of customer interactions could be automated. The score may seem low compared to manufacturing or finance, industries that enjoy a higher degree of automation potential. The 30% figure takes into account all the exceptions with which customer service has to deal. Also, when you layer automation on top of a process, there’s always a risk of adding to its complexity. You need to evaluate whether automation is the way to go, whether you’re better off having a person handle the task, or if you should redesign the entire process.

Forrester’s Craig Le Clair, a principal analyst serving enterprise architecture and business process professionals, came up with a rule of five for RPA. Consider robotic automation for processes requiring fewer than 500 clicks, five decisions, and five integration points. I recently discovered a process automation score that’s similar to the customer effort score. It lets you evaluate and prioritize which processes to automate based on attributes such as the daily volume, the human effort, the applications to integrate, and the amount of exceptions. The fifth element of your framework is a method to evaluate which processes you should automate.

Automation has become inevitable. To make the most of all the available technologies without inducing customer experience backfires or adding complexity, you need to put together a dynamic automation roadmap. Doing so requires the assembly of technology toolbox, the choice of a project methodology, the classification of your interactions, an approach to define where automation should take place, and a model to evaluate process automation feasibility.

This article was originally published on NoJitter. 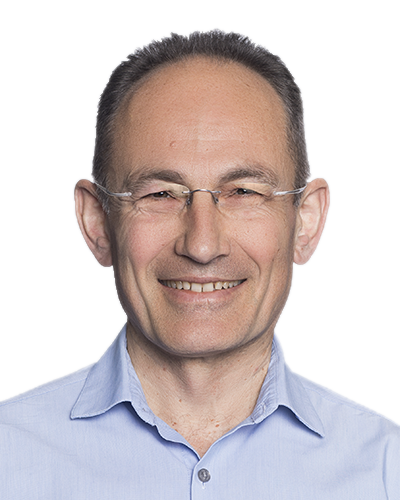